Love In The Emergency Department

For the last 11 years, I have worked in EMS (emergency medical services) on ambulances, in a level one trauma center emergency department and as a flight nurse.

I don’t mean to be boastful, but it is my experience these are show stopping jobs. Office jobs don’t get the “ooh” and “ah” response that EMTs, medics, flight medics, flight nurses, SWAT medics, etc., receive. It provokes an array of questions. Most of them are innocent and not thought out. Have you ever noticed how sharing people are with terrible things? “Oh my gosh! This smells disgusting! Here, [holding it out] you smell it.” And the funny thing is people will smell it and are equally grossed out at that bad food, the smelly shoe, or whatever it may be. We stare at a pore strip when they have pulled out a little forest off our noses. We share those too. I get curiosity. I am not surprised by that question: “What is the _______-est thing you have ever seen?”

“Learn from yesterday, live for today, hope for tomorrow. The important thing is not to stop questioning.” - Albert Einstein

When I first became an EMT, I was invited to all-EMS BBQs. It was a time to hang out outside of work, blow off some steam and get a little competitive with our experiences. Naturally, we talked about our calls. It was bragging rights. Anyone could tell, we love our jobs. Who roshambo's to go to hangings? Who tries to jump calls assigned to other units when we hear it is a gunshot wound? Who gets a sparkle in their eye with hearing a radio getting toned out for a rollover on the interstate with ejections? (A person/people ejected from a car rolling over.) Who gets excited to put on a splint designed solely for mid shaft long bone leg fractures? We enjoy using our training. It is go time. Sometimes our identity gets lost in our profession. We are EMS instead of Tracie. We see things daily that a standard crowd won’t ever see. We take pride in that. To have the everyday people be captivated by an experience we had. It is a rush! Or at least it was for me, initially.

I was 2 years into my role as an EMT when I was memorably asked what was the grossest thing I ever saw? I had experience with this question. It was at get together in my home town and I was probably a beer or two in. I remember answering honestly. I am a story teller. I can describe smells like a sommelier. I can draw a picture in great clarity and make you feel like you were standing beside me on the call. With words, I can make people feel exposed to the sun blistering heat while pulling out a patient in a crumpled car. Maybe I will be a future campfire storyteller. So I painted that picture. Sharing the frustrations of my peers and the dramatic twists of the difficulties of the scene. I thought it was an honest and vivid answer. This was the first time I received a response I wasn’t used to: “Why would you ever tell me that?” The look of disgust on my audience's face was so confusing. At the time I didn’t understand. I felt I was honest with my answer. And I felt I was being shamed. I was learning there was a line, which was crossed that night.

EMS/ Emergency Department is its own beast. Even other medical fields do not experience what we see. As a new nurse, one of my best friends and I were attending a new nurse conference. By then I had 6 years of learning facial expressions in response to our type of stories. I was pretty aware of where the threshold was passed for these stories. Both of us had worked for a few months in one of the busiest emergency departments in California. My bestie shared a story of just one of our many patient-drug-induced nights. I watched another baby nurse from a medical-surgical floor go from very uncomfortable to horrified. My friend rejoiced in the fact her tale weirded out our colleague. That we could handle such chaos while others cannot tolerate even hearing it. But I recalled the backlash I got from the past. My friend was new to this, brand new. I wasn’t going to ruin her day. But a light bulb clicked in my little brain. I don’t have to prove what bad-assery we work in. For the sake of the other nurse, I subtly guided the topic of the conversation to something more palatable.

When I look back, the best answer is: not. A simple general statement. Drunk people vomit. Suicides. Child abuse. Actually, don’t even utter the words “child abuse.” It is taboo and provokes the same negative response. Say “child neglect.” Do not go into details or on-scene drama. Switch to something funny with just enough grossness to satiate their “ew, smell this” drive. It is also best to keep out of the medical dark humor. They don’t understand it. They don’t see the coping mechanisms with our jokes. They see heartlessness and calloused health care professionals.

Another thing I noticed was how some listeners are uncomfortably engrossed in the story. As if it was a disaster movie… insert that little meme where people are eating popcorn. Maybe they have a wish to be in our profession? Maybe their questions are out of curiosity? Regardless, these instances, I don’t feel they see the humanity. They don’t understand these are people in their worst possible moment calling to me and my colleagues for help. The vulnerability of the people who call me is finally bearing its weight on my soul. I've started to feel some self-righteous indignation. As I get a little smug over questioning these people’s intentions, I realize I am the one who is internally struggling with selling my patients' delicate moments for attention.

Years ago, I overslept my alarm and subsequently was late to work. I was assigned to an outstation on the Westside of central California. It is a small town and farming community. Our outstation was placed there because it has direct access to Interstate 5. I5 is widely used and we have horrific accidents along our county. As I was speeding to my post, my pager was alerting me to a call that just happened. This call was supposed to have been my first rollover on the infamous I-5. I was so pissed I was going to miss it. I have heard so many stories at the BBQs of I-5 calls. I wanted the experience. I trained for this situation. It was going time and I didn’t want to miss it. Another crew got it because I was late. I was worked up at the post, waiting to hear about the what I had missed. When the crew came back they told me. If I had been there, I would have seen my first dead 2-year-old. She snuck out of her car seat straps and was ejected after her mom fell asleep behind the wheel. The mom was taking her children to Disneyland as a surprise. She got up around 2 am to get the kids ready and in the car to make it to the park opening. She turned down the radio, so the kids could sleep. She was tired and nodded off. She drove off the road, sending her car end over end. Her older son was flown to a children’s hospital. She rag-dolled inside the car. Luckily she had a functional seat belt. She was completely fine. Her unzipped purse spilled onto the dry, dusty shoulder, and her photos of her children were on the ground. She was tearfully picking those faces up one by one, realizing her life is forever changed. Those photos were all that was left of her youngest.

Then there is another moment. It hits too close. That suicide victim had my childhood. I walked back to the rig and wonder what got me through life and what made her quit? This isn’t a thought to share with anyone, let alone someone who doesn’t understand what EMS sees regularly. It is not a side show. I quit wishing to share these stories. I don’t want my friends and my captive audience to think about the ugly in life. I want to keep those dark moments of someone’s worst day sacred.

One night I am watching the eleven o' clock news, and see one of my coworkers being loaded into an ambulance after having a seizure. He was on-scene of a call when his emergency happened. He was helping someone. A news crew was there to report the car wreck and caught my coworker’s emergency. I cursed the media for showing him in so much pain. Talk to anyone of us. WE are not “coworkers.” We are brothers and sisters. We experience too much together. Was his family notified before the news aired this story? I felt helpless seeing a brother so vulnerable. That vulnerability stuck.

The night an air medical helicopter crashed and my EMS family lost an entire crew. I was receiving text messages from non-EMS friends, requesting details. I am trying to process my own loss in a room of people bearing that same weight. The crash happened the night of our company’s Christmas Party. A ballroom filled with hundreds of people, dressed in formals and celebrating like it was prom. I had no idea our aircraft was missing when I was texted. I told my table something was wrong. Like a snowball turned avalanche I watched other's tables in the room getting text messages. Everyone’s facial expressions were in uniformed dread. Our celebrations turned silent. We calmly moved to the foyer and turned on a phone app to hear Kern County Rescue radio frequency. Search and rescue found debris. They found our tail wing. They found the fuselage. We all stood, listening to the radio transmissions: “Four patients……” A heartbreaking pause. Everyone is praying that we won’t hear the next words to be aired, “All BLACK.” Black is our code word for dead on arrival. I have no words to express the hurt in that room.

And final story, the day I am home alone, washing dishes… I fall into a sobbing ball thinking about how weeks earlier I stepped in a 10-year-old’s brain matter while loading her 8-year-old brother from the same car crash. I watched a family fall apart wailing in agony at the scene. I watched them pull together on the ride to the hospital. I don’t want to relive this thought. I don’t want the armchair quarterback telling me about how careless her teen brother, a new driver, was for pulling out in front of that semi-truck. He lost his sister in an instant. Who cares what your opinion is of his driving? This hurts. Those patients hurt more. I don’t want a family’s pain to be relinquished to a stranger wanting a cool story. I don’t want the normal human response of curiosity to cause people to feel uncomfortable. My evolution over the years is to protect these people. My patients. On their worst day of their life. 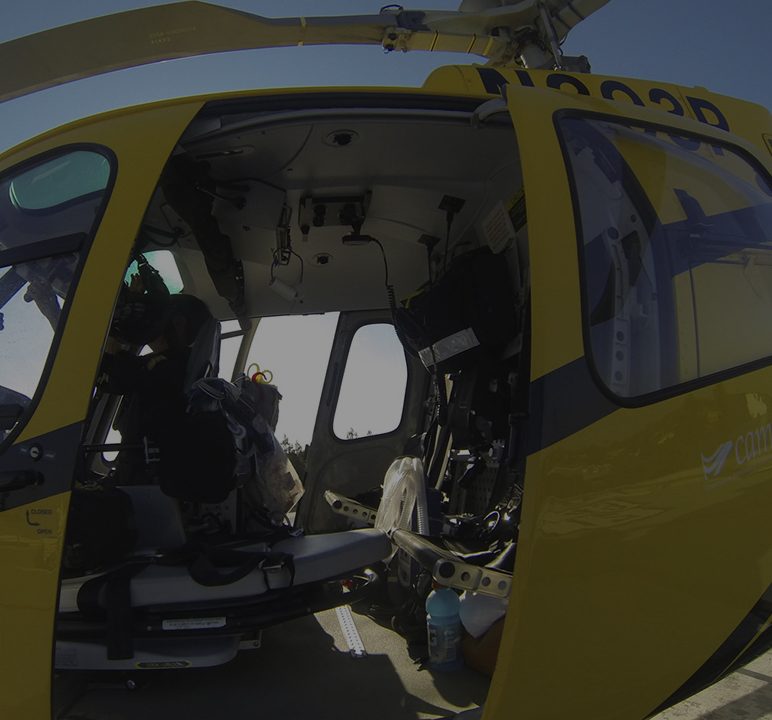 What If I Killed Someone? 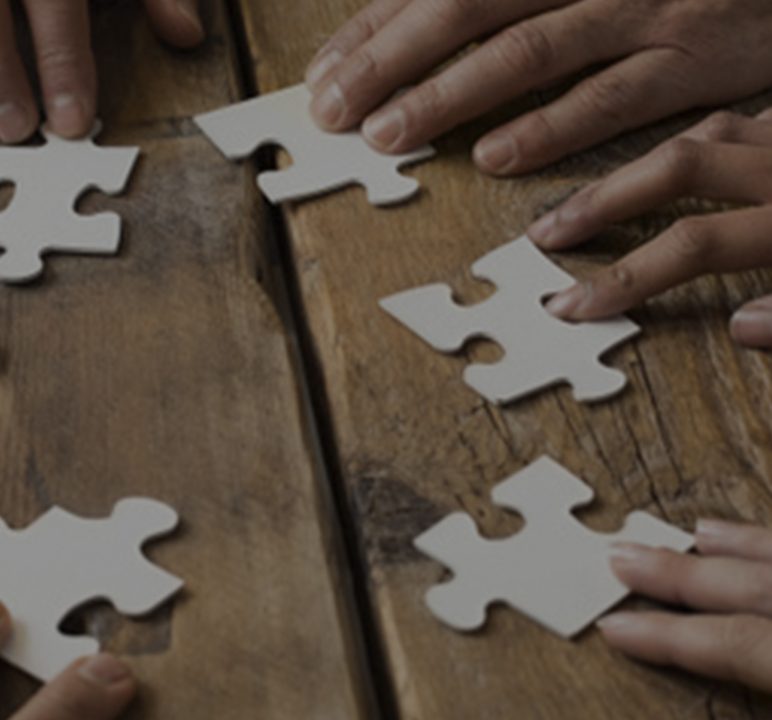 Different Teams On The Same Side 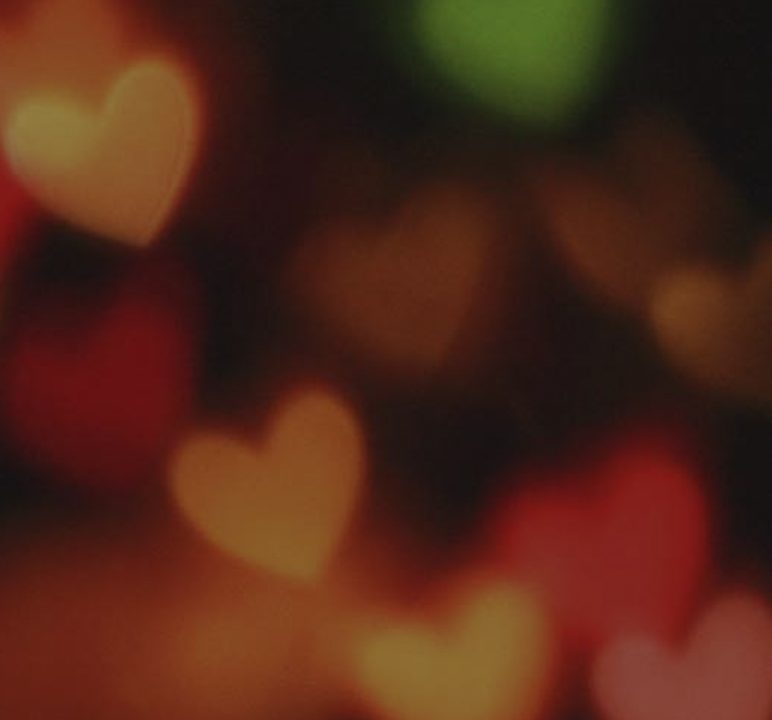 Our Bodies Are Amazing: Witnessing The Power Of Medicine For The First Time

By clicking submit, I understand that submission does not obligate me to contribute and there will be a review process I must participate in to have work posted on this site.*